It looks like you're new here. If you want to get involved, click one of these buttons!

MinorArth Paris, CaliforniaPosts: 90Member
June 15 edited June 15 in Bootlegs (Mashup) Vote Up2Vote Down
Since we recently got an avalanche of Kate Bush mashups (99% Running Up That Hill), following its revival with the new season of Stranger Things, I was thinking of putting the best ones together here.
I had made one 2 years ago, that pushed me to update it, then made 2 more new ones last week, making sure all 3 would end up very different. Add your own and other favorite ones in this thread ! 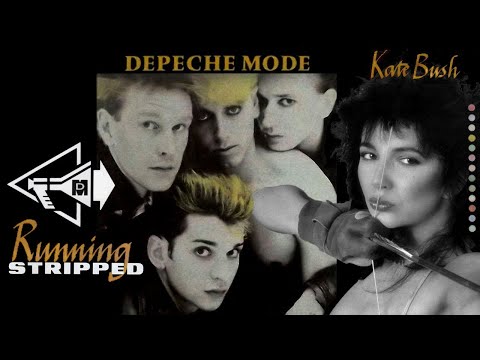 Big thanks to @steffstmoore for helping me correct the pitch from 2020 version.

A new mashup, but possibly from my oldest idea: I used to hear both tunes as a kid, but I did not know the title of the Mike Oldfield instrumental ... So the difficulty was not to make the mashup, but having to listen to at least 6 albums to find North Star from the 1979 album Platinum (which i learned is a cover of Philip Glass's North star!)
So glad I found it and was able to finally make it ! I suspect Kate might have got some inspiration from the rhythm, melody and the choirs, even on other tracks on her Hounds of Love album.